If you follow us on Instagram, you might have noticed that I was just in New Orleans. I took my dad for his 60th birthday, and it was nothing short of magical . . . the history, the architecture, the food, the drink, the music!! Gahhh, I’m having serious withdrawals. Look out Joy, I just might have to move in next door! I’m definitely planning on adapting a recipe or two from some of the food/drink we had in NOLA. A beignet recipe of some sort is a given. A duck fat sazerac should probably happen sooner rather than later. Oh, and I really want to try my hand at the chicken and waffles with andouille gravy that I had for brunch at Café Amelie. SO good!! In the meantime, all of that will have to wait, because this week in honor of St. Patty’s day I made you Guinness waffles. I hope they’ll suffice. Indeed, I think they’re comparably yummy. Especially when smothered in Irish whiskey cream and candied pecans. Definitely my kinda breakfast! 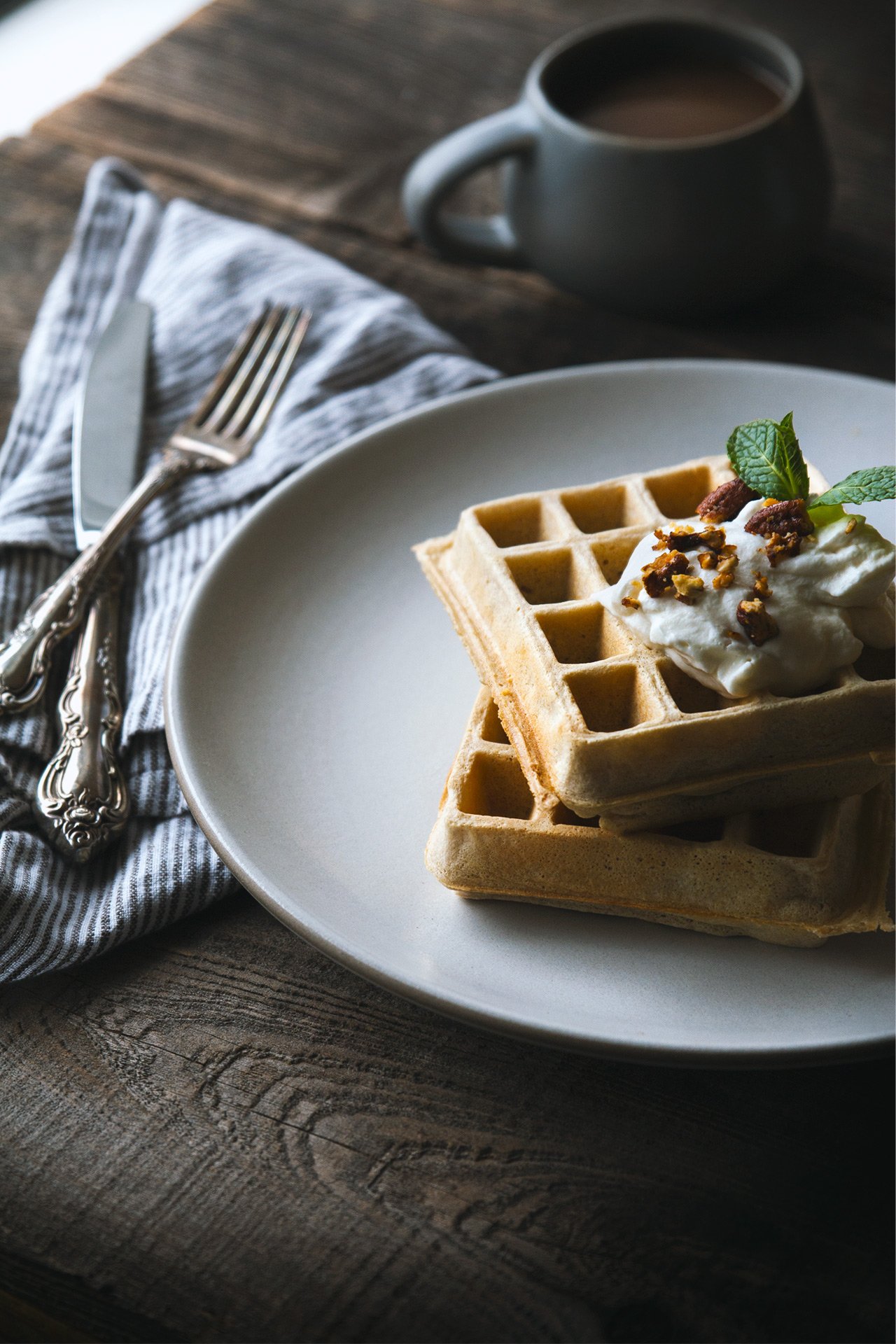 I have been in a constant state of withdrawal since I moved from New Orleans 10 years ago! So good.
The waffles look perfect – love that Irish whiskey cream!

Thank you Tessa. I can’t wait to head back to New Orleans. When was the last time you were there?

I totally want to dive into this lovely stack right now! Gorgreous photos by the way, so good!

Thanks Tori! That’s the same way I feel about your chia oat banana pancakes!!

I’m giving you the same pouty lip your lil’ babe gave when begging for these waffles!

This is the way to do breakfast! I”m loving that Irish Whiskey cream!

Thanks Laura! I’m addicted to that cream. I ended up putting it ALL OVER a lemon pie that Audrey made a few days later.

These look yummy. I want a big batch right now…sooooo hungry!! (nd, by the way, happy b-day to your Dad! What a great treat!) 🙂

Thanks Homer, I’ll make some for ya soon!

These waffles with that cream?? I mean, HELLO HAPPINESS!