I like cinnamon, but I LOVE cardamom. I never understood why rolls only had to have cinnamon in them, why not add other complementary spices that go well with cinnamon? I’m known to sneak cardamom into desserts whenever I can so, of course, I had to put a cardamom twist on my favorite cinnamon roll recipe. I made these rolls in Pyrex’s new Deep Dish line, which is up to 50% deeper than your current glass bakeware. This gives your rolls more room to rise during the proof and when it bakes so you get deep fluffy rolls! It makes for the perfect centerpiece for a weekend brunch. You can find their new Deep Dish line at Walmart or on Pyrexhome.com!

This recipe is adapted from one of my favorite recipes in the BraveTart cookbook. I’ve made several variations of these rolls now and they are the best!

(images by HonestlyYUM. Recipe adapted from Bravetart. This post is sponsored by Pyrex. All opinions are our own. Thank you for supporting the brands that keep HonestlyYUM going!) 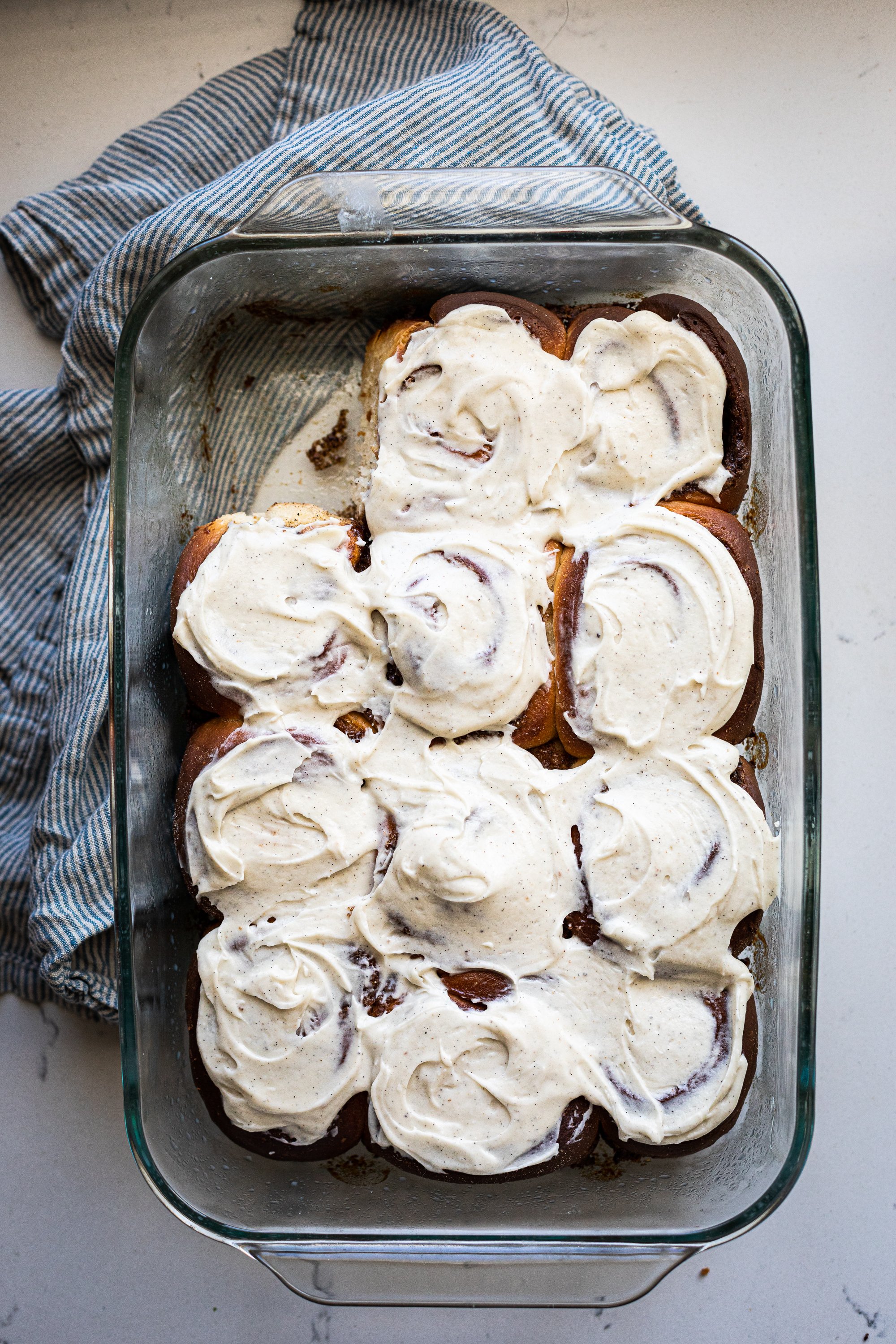 A cardamom twist on the classic cinnamon roll!

I made them! They were a huge hit. I used about half the frosting that was called for in the recipe so will make more soon to use up the rest of the frosting. Next time I will add more cardomom as I think it could handle even more of that other-worldly flavour. I added a few raisins in the filling too, which worked well. Thank you.

This is aweseome. Never saw to make the cinnamon rolls like this. Thank you Karen.

Yes, filling and frosting need to be exchanged. They ARE delicious!!! <3

I would like to make these rolls. If filling and frosting are to be changed we need to know. Thank you

I think you have the frosting and filling mis-labeled in the ingredients section!

Agreed. Can this be corrected so we know for sure how to make these so no errors. They sound delicious through.