Paella has always intimidated me. Between the ingredients and the way it’s prepared, I don’t think there is a dish more misunderstood and contentious than paella. But guys, it turns out, paella is incredibly easy to make. Surprise! Remember that paella workshop I attended a few months ago? That was where all of my presumptions about paella were wiped clean and I have Chef Paul Canales, of one of the Bay Area’s best Spanish restaurants Duende, to thank. 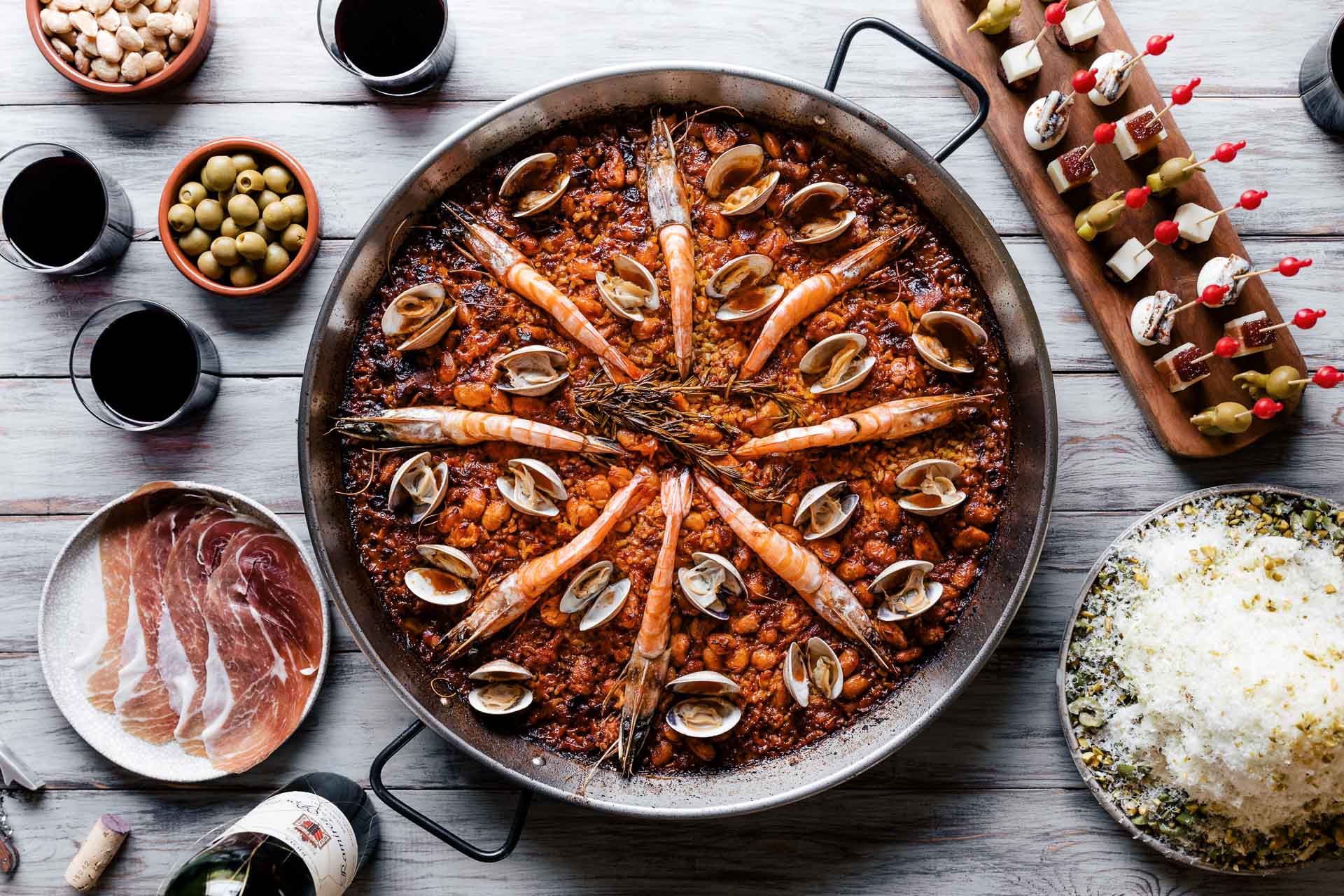 The key to Chef Canales’ Basque inspired paella is good quality rice and a well seasoned sofrito. He recommends Bomba rice, which absorbs three times its volume in broth (versus the normal two) and still remains firm yet chewy and plump. Any other Valencia rice could be substituted. And then there’s the sofrito – a base of garlic, onion, tomatoes, saffron and paprika, that serves as the foundation for any authentic paella. This was the game changer for me. 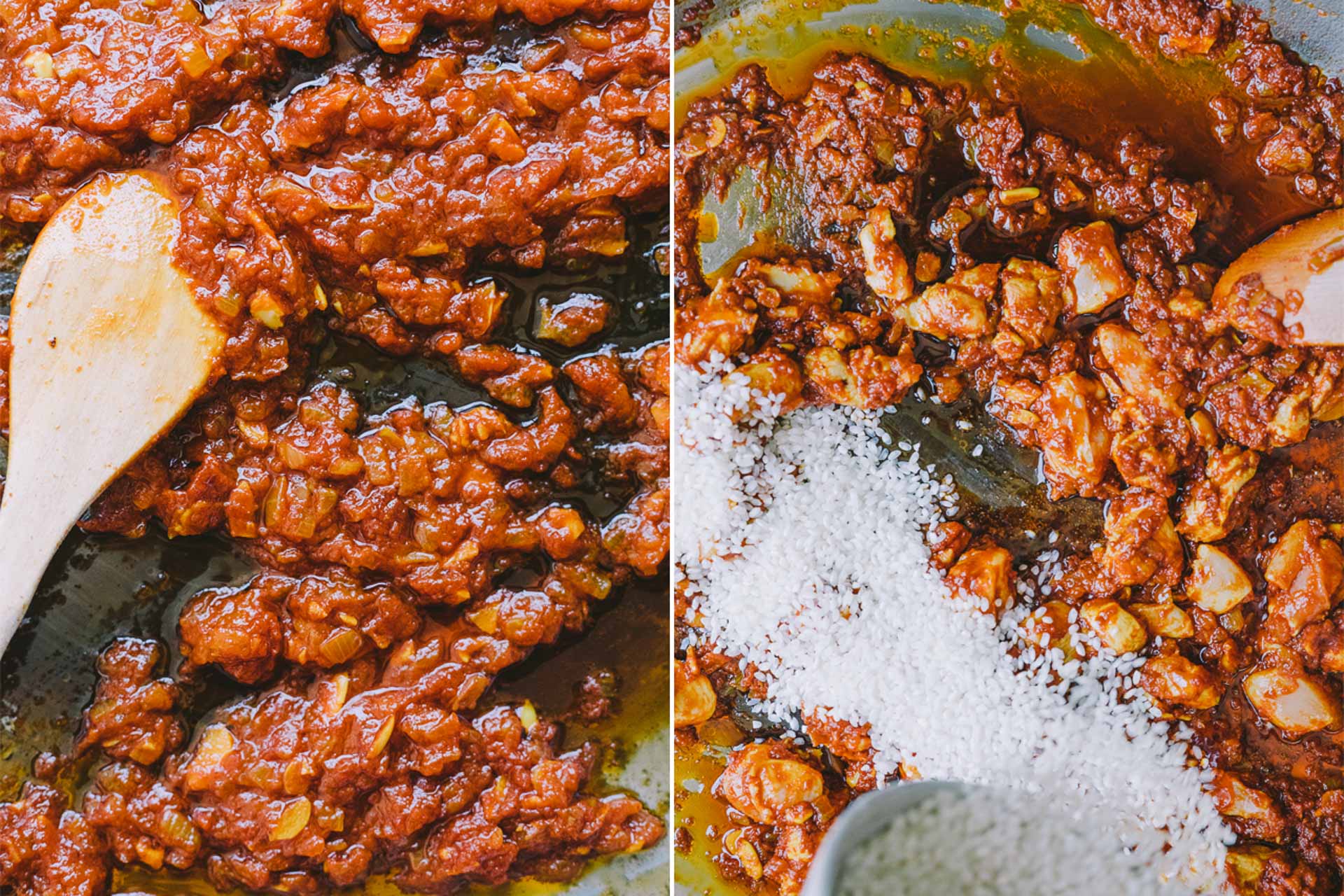 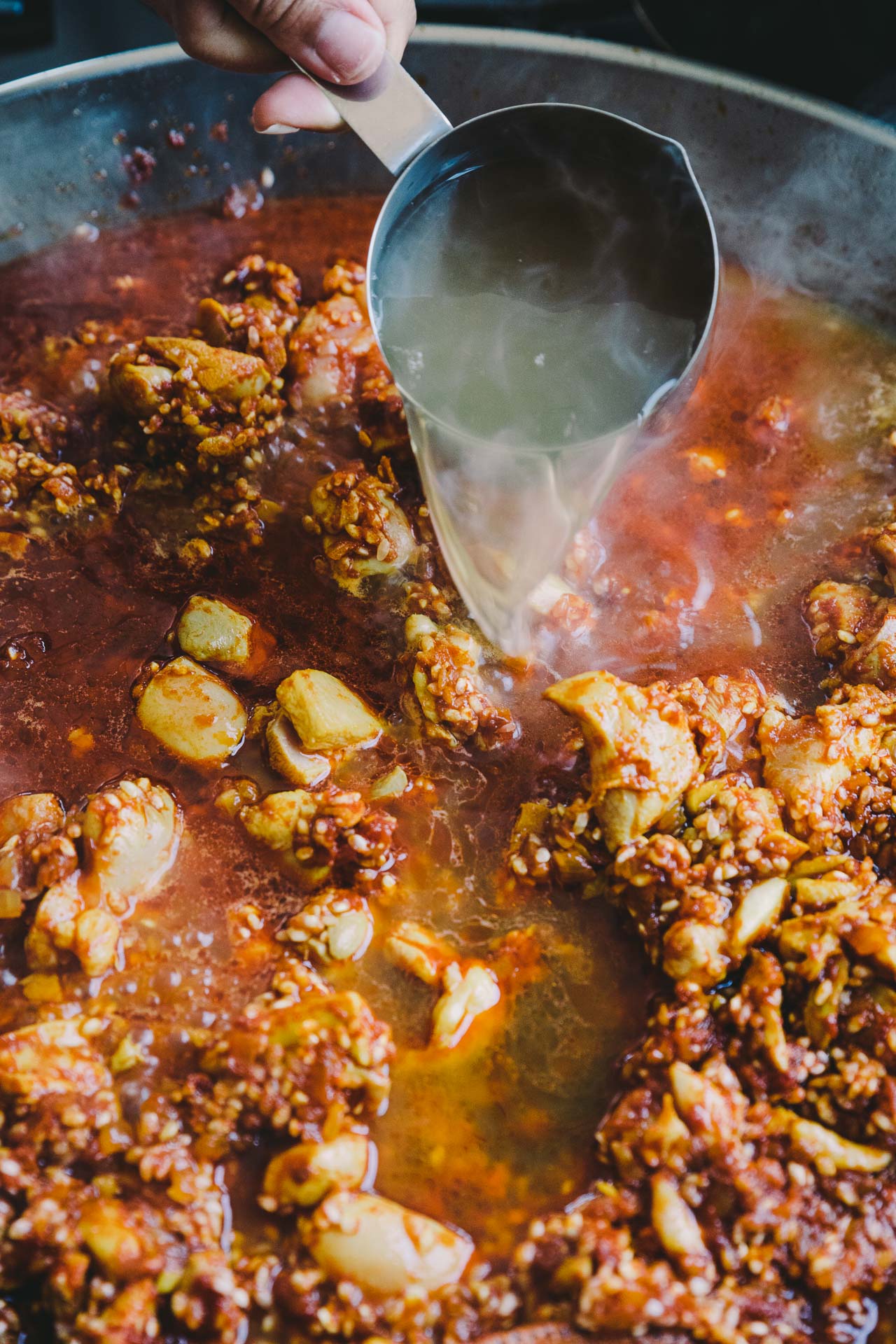 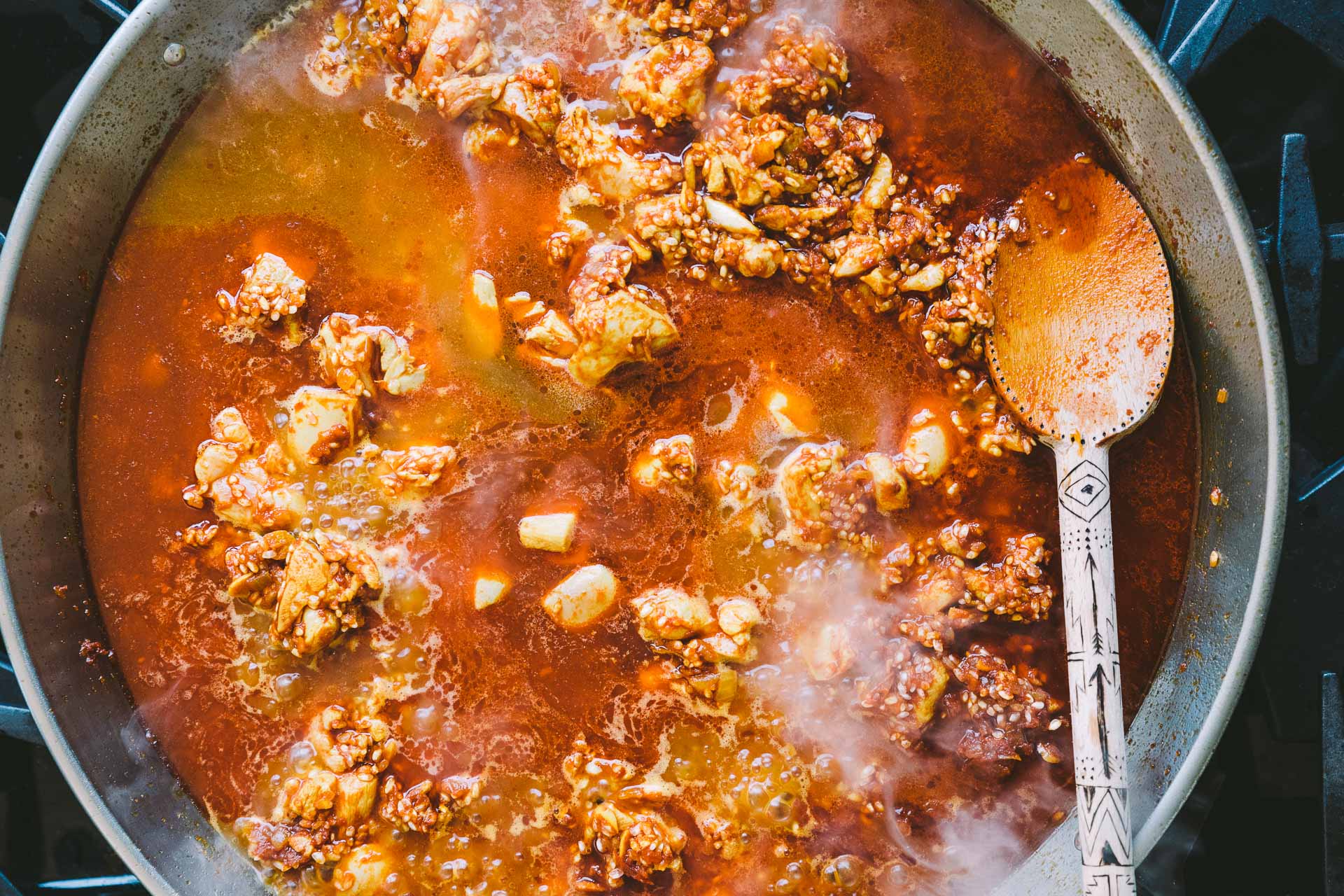 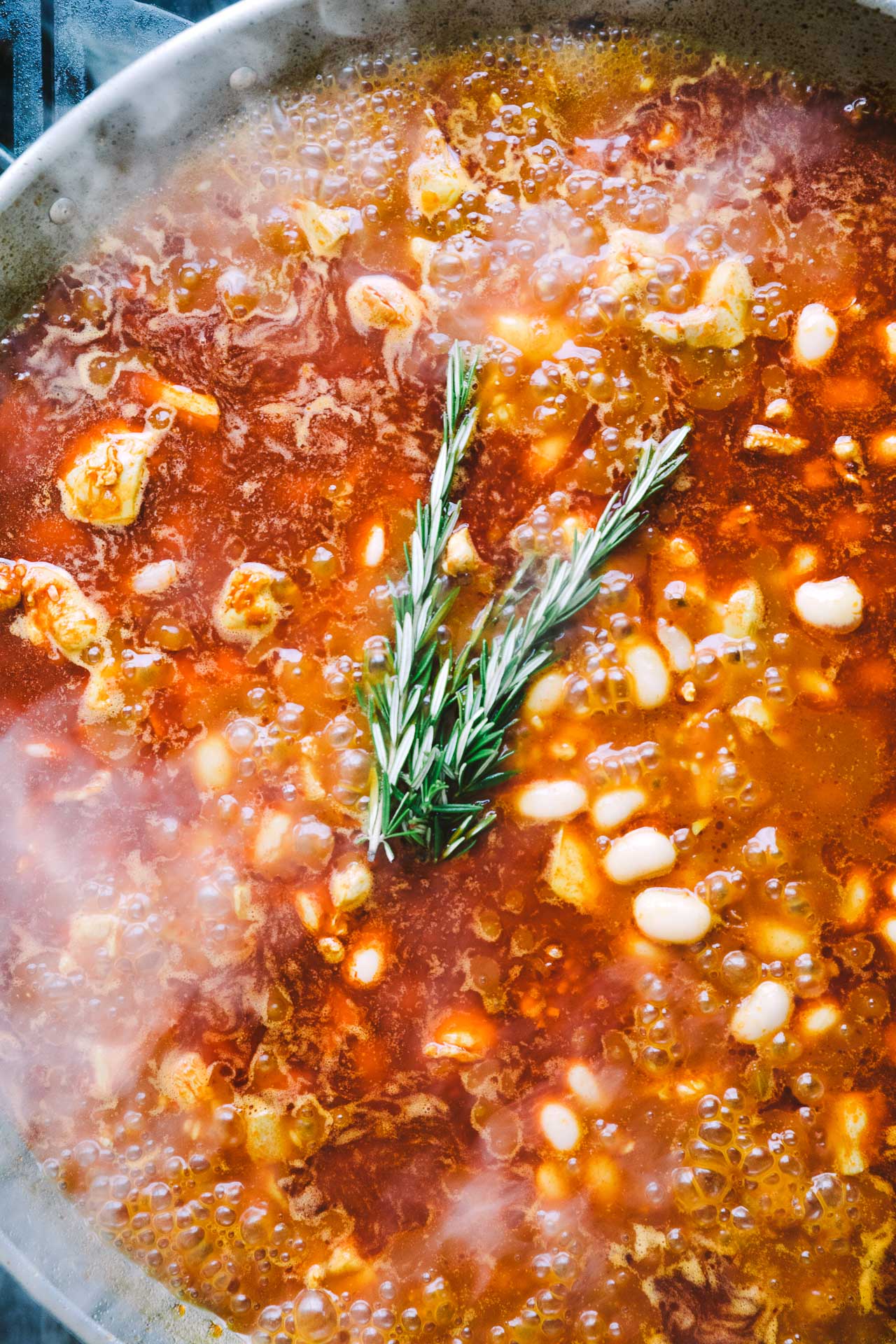 As far as the rest of the ingredients, we learned that traditional paella consists of beans, rabbit, and snails. After all, it was the peasants in the rice growing region of Valencia that used ingredients that were native to the wetlands. Seafood was, in fact, a much later addition. But the beautiful thing about paella is that you can truly put anything you want in it. It’s just then all about timing. Meats should always go in first and seafood at the very end. And always, fish before shellfish! 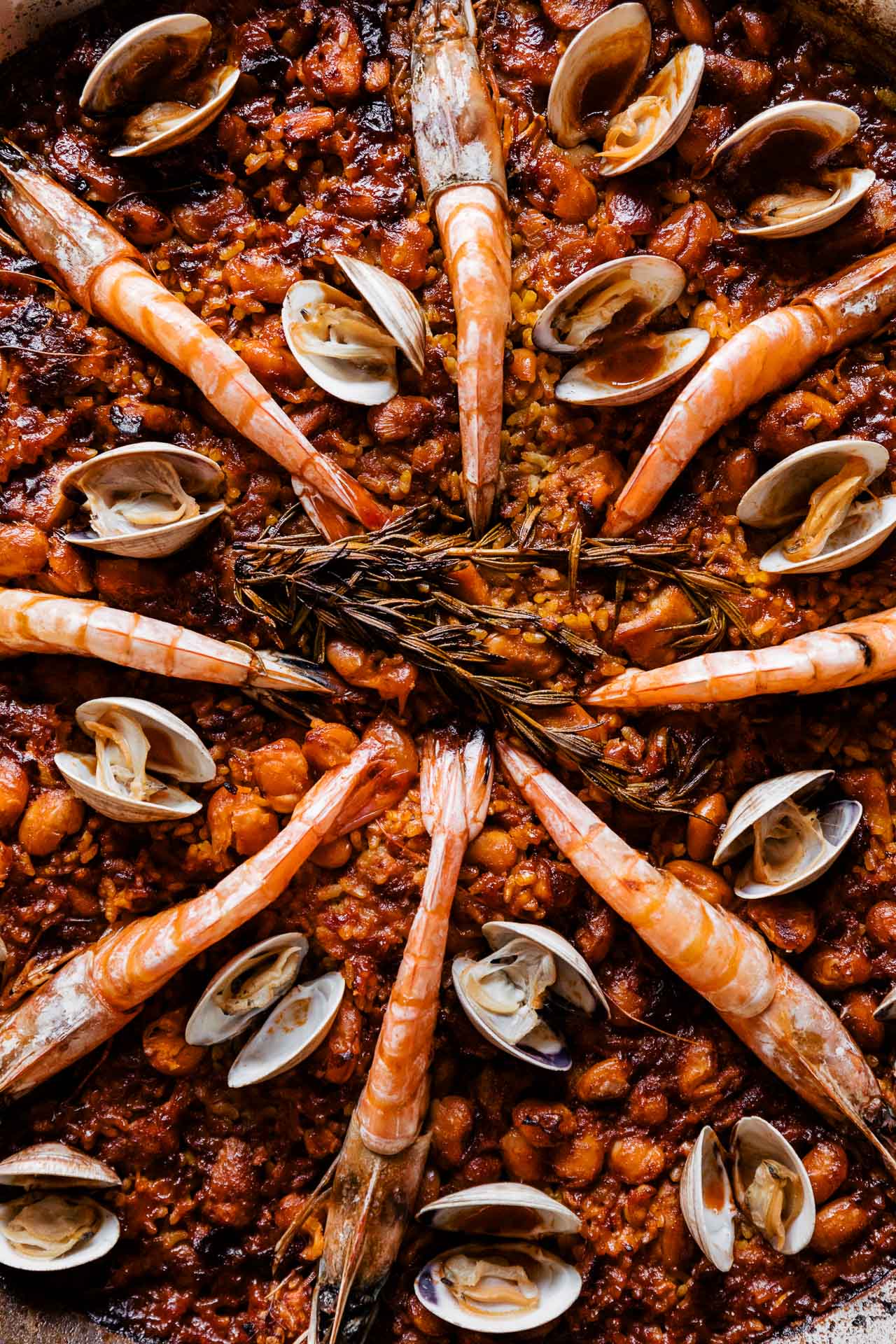 Paella has quickly become my favorite thing to make when entertaining. It’s easy, quick and always a crowd pleaser. Serve it with some pintxos, some jamón, Chef Canales’ delectable Ensalada de Col, plenty of Spanish wine, and you’ve got yourself a fiesta! 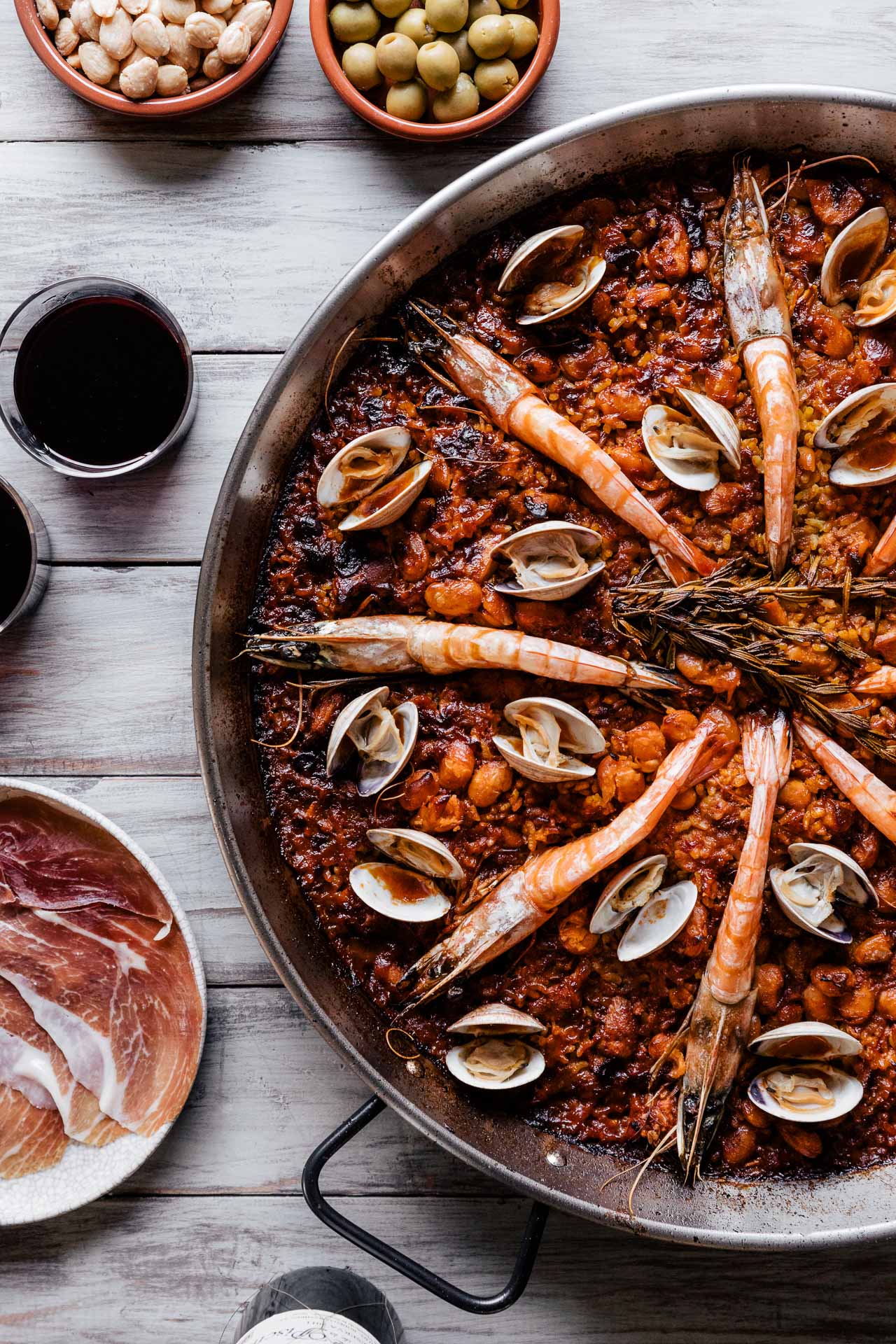 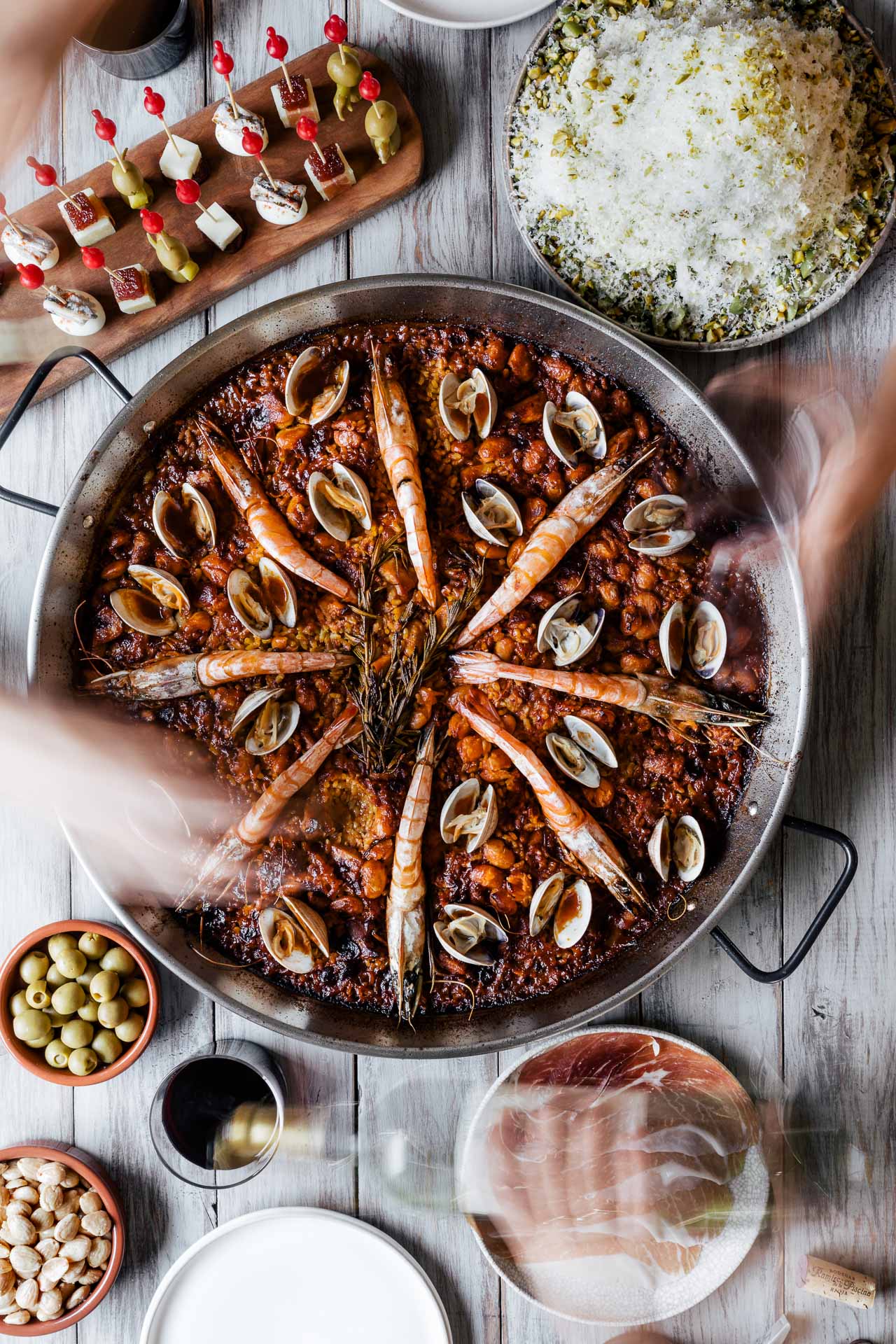 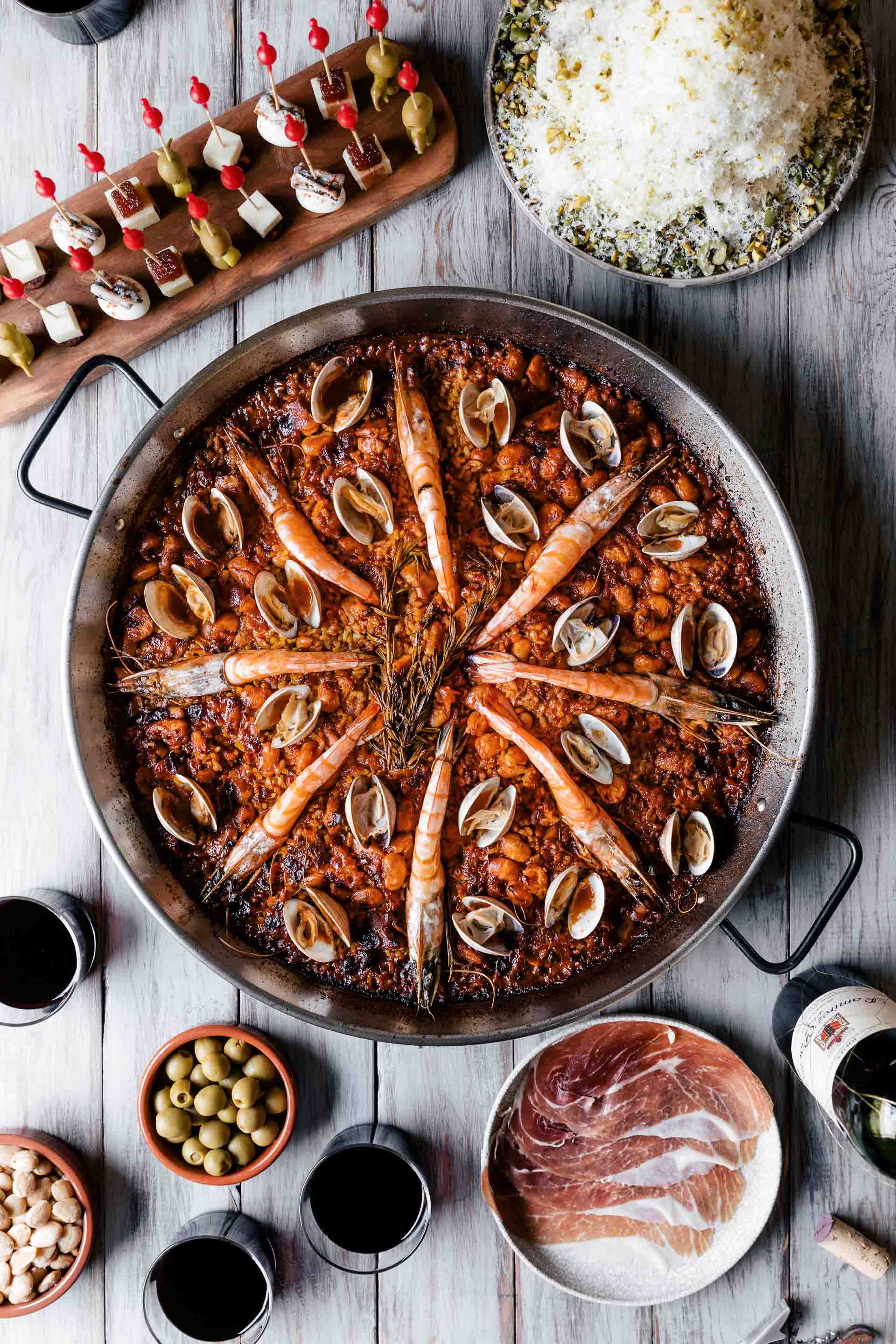 Servings: 2 servings in a 30cm pan

What brand is your paella pan 30cm?? It looks reliable!

This is so beautifully presented. I don’t have a paella pan, can I make it in a good old regular saucepan?

Thanks a bunch, Lauren! Enjoy!

Is it supposed to be black on the edges? I’m just wondering because it looks like it might be burnt. Does this offer something to the flavor of the rest of the dish?

I live in Spain and eat many paellas. The best bit of any paella are the toasted bits, particularly on the bottom. As the recipe says you don’t stir the paella and there is a tendency for it to stick to the bottom a little.

The paella pan is just metal, with no non-stick coating. You can therefore scrape away and get every last toasted bit.

The Arroz Caldoso my friend ordered was a Valencia-style rice with shrimps, chicken, calamari, red sofrito, and saffron.

ooooh, love the addition of the calamari!!

So, just a 15 oz can for this recipe? We usually use Hunts…is there a better canned tomatoe that you would recommend?
Thanks!

Since we won’t have any decent, fresh, tomatoes until this summer, could a can of diced tomatoes be used instead or would there be a big difference in taste?
Thanks!

Yes, you can absolutely substitute canned diced tomatoes! I actually think we canned here 😉 The better quality, the better the taste!

makes me want to go back to Spain!