I think we can all agree, 2016 left a lot to be desired. It hurts my brain just thinking about it. Yet, as much as this past year has been filled with pain, loss, fear, and uncertainty, there were some pretty magical moments as well. For instance, I became an uncle! My little nephew Easton is the sweetest, most dapper little 10 month old I’ve ever seen. Fiona is in love. They spend the day together on Mondays, and it’s been such a treat seeing her interact with her little cousin. Speaking of which, it’s been truly incredible to watch Fiona mature into toddlerhood (wow, there’s a word I never thought I’d write). Seriously, it’s mind-blowing! She’s talking in full sentences now — paragraphs even! “Night night Daddy. Tomorrow we wake up in morning, together, make coffee and milk, and eat oat oat boo boos (oatmeal and blueberries). O’tay? O’tay!” It just melts my heart 🙂 I fall more in love every single day (is that even possible?). As I say each year, thank you so much for your loyal readership. Thank you for all your comments, messages, shares, and link-love. Thank you for supporting our partnerships, and the brands that keep HonestlyYUM up and running. Thank you for taking the time to make our recipes, and if you haven’t, I hope this is the year you give one a try. In fact, how about starting with this golden beauty! While the list of ingredients (gin, Lillet Blanc, creme de cacao, and lemon) doesn’t exactly imply sophistication, I can assure you it’s all that, and more! So with my utmost respect, here’s my 21st century take on the 20th Century cocktail. I switched the Lillet Blanc for Cocchi Americano, which is more bitter, and many say a better representative of the original Kina Lillet formula. I replaced the lemon with citric acid for clarity, and added a touch of edible gold dust as a celebratory nod to the new year. 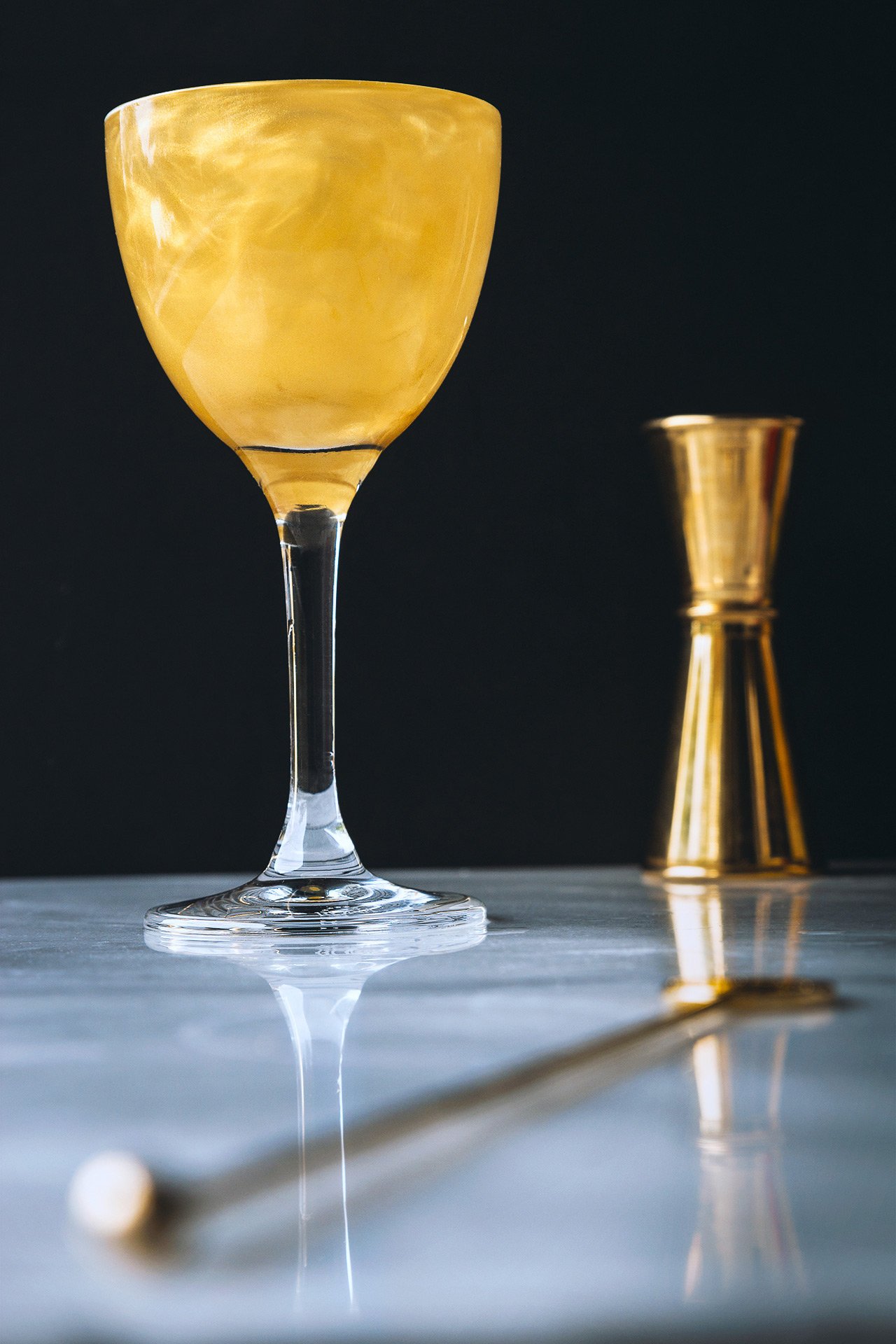 Um… pretty sure this is the most beautiful drink I’ve ever seen. LOVE.

I think we’re all ready to drink up and say goodbye to 2016. This looks like a perfect drink to ring in the new year. Congratulations on becoming an uncle!

Gorgeous photos and a stunning drink to go with! This is one recipe my New Year really needs!

Thank you for the link to edible gold dust! I have been meaning to add some to a cocktail, and I love it that you swapped the Cocchi for the Lillet. Love me some Lillet, but I really enjoy the bitter side of the Cocchi. You’ll have to look up this crazy sparkling wine that I encountered this past year that kind of freaked me out {just google “wine of fire” – weird, right??}. I didn’t actually taste it, but its appearance looks eerily lava lamp-like. Your cocktail is MUCH more enticing!! And happy 2017!

Wow. I mean, just…wow. I’m generally not a gin fan but goodness, this looks elegant, tasty and oh-so-dangerous. Now, if *ONLY* I can find some gold dust somewhere…