Last fall, I attended a paella workshop with Chef Paul Canales of Oakland’s beloved Spanish restaurant Duende. And it was a blast. Paella was made from scratch (stay tuned for more on that later this week), while Paul schooled us on the history of Spanish cuisine and the various regions which make up the brilliantly unique flavors of the country. Afterwards, we feasted on a delectable spread of pintxos, cured meats, paella and one particular dish that absolutely blew my mind. It was . . . drumroll . . .  a salad. Essentially, Ensalada de Col translates into “coleslaw” (say what??) but don’t let the unassuming name fool you – this salad is full of bright and bold flavors that will make you want to devour it in its entirety. Humble savoy cabbage is sliced paper thin and tossed with toasted pistachios, green olives and a garlic vinaigrette. The pièce de résistance is a delightfully generous shaving of Mahón cheese. Boom. I hope that you’ll give this salad a try. It’s so, so good. 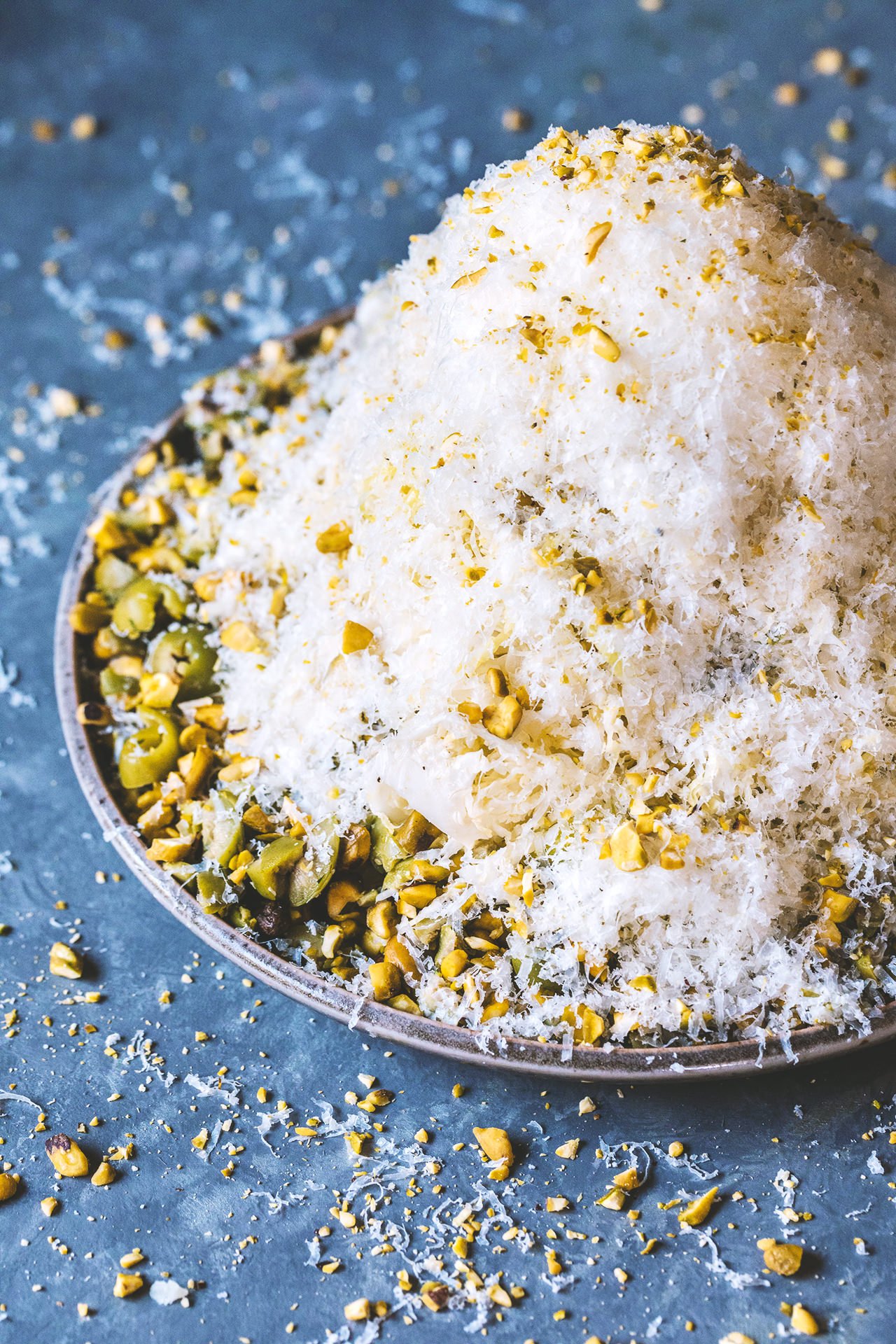 This Spanish inspired coleslaw is light, crunchy and has the perfect bite!

A long way, you can finish step by step, and then you can’t reach without a foot

Sounds really good – do you think I could substitute the savoy for other cabbage? The season here is ripe with regular white and purple cabbages, but I don’t think I’ve ever seen the savoy here in Brasil. Thanks!

Wow, those pictures look amazing and the recipe sounds really really really tempting! I never had Ensalade de Col before, I really have to chance that.

Thanks for sharing this. I’m so looking forward to making it.

Thank you so much!!

the shot of the cheese being grated…. died.